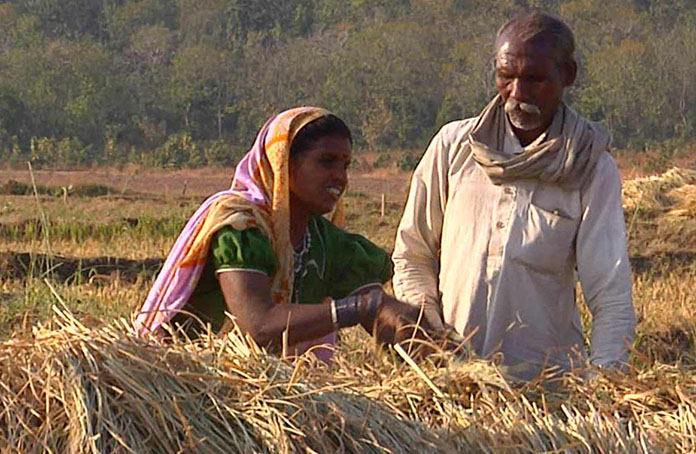 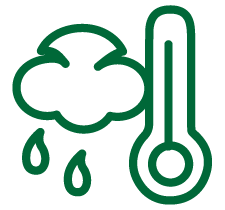 Maximum daily temperatures could increase by 1.5 to 3°C

Annual rainfall projected to increase in most models

Rice yield could decline by 12%

Yield declines are larger in scenarios with higher emissions 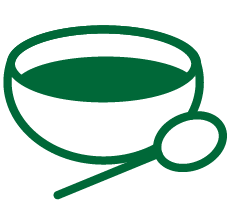 Up to 74% of farms could be vulnerable to climate change 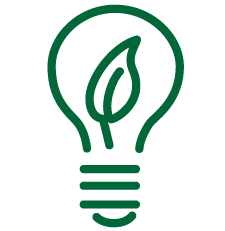 Adaptation package can increase yield by 19% in current climate, and raise future yields by up to 14%

The Indo-Gangetic plain (IGP), over 2.5 million square kilometers in area, is a vital food bowl for nearly 40% of India's 1.2 billion people. These plains are under tremendous stress owing to rapid urbanization, poverty, and climate change. Climate change impacts are increasingly visible in IGP with greater monsoon variability and an increase in the occurrence of extreme weather events (such as heat waves and intense/unseasonal rainfall) that drastically affect agricultural production. These shifts in climate also threaten food security and livelihoods of many small and marginal farmers, particularly in the more stress-prone regions of the central and eastern IGP. 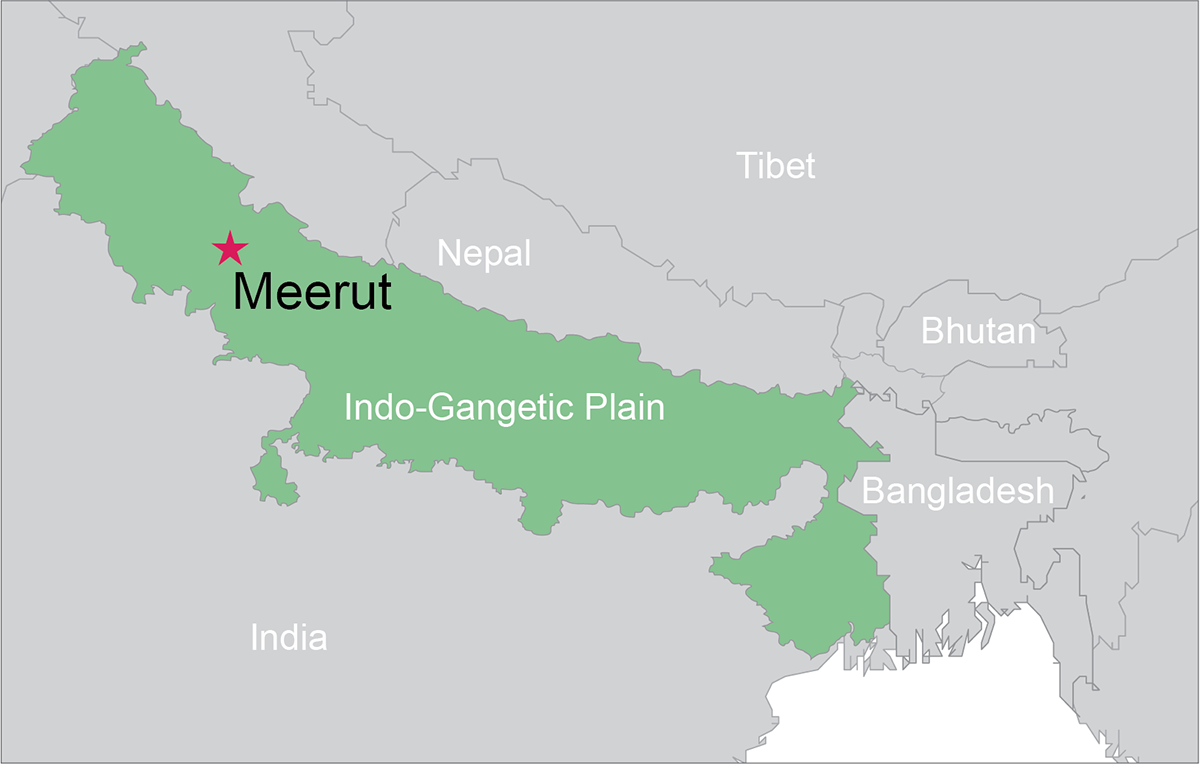 The rice-wheat system is a critical cropping system in the Meerut district of Northern India. Irrigated rice is grown during the wet kharif season (June-October) and irrigated wheat is cultivated during the dry rabi season (November-April). These lands have been continuously cultivated for an extended period of time. The continuous cultivation, along with the imbalanced use of chemical fertilizers, has caused soil health to deteriorate and yield levels to stagnate in recent history. Increasing temperatures have aggregated the problem. The increase in maximum and minimum temperatures has caused reductions in crop yields. Droughts and rainfall inconsistencies have also increased, posing threat to future water supply, though irrigation (which accounts for 95% of the district) has limited these impacts.

Recently, farmers have resorted to sowing wheat late – starting in December and even January. This late sowing date has exposed the crop to a higher maximum temperature during the milky/dough stages of maturation. This exposure negatively impacts the grain size of the crop and therefore reduces yield totals. The current varieties grown in Meerut are susceptible to pests and diseases.

Working with regional stakeholders, AgMIP scientists tested new adaptation measures to improve farm yield in the region. The team recognized that shifting wheat sowing back to the normal period from the 5th of November to 25th of November is of critical importance. Additionally, expanding access to new high yielding varieties that are less susceptible to pest and diseases is important. With these improvements, it is projected that rice and wheat yields will improve in this region.

The adaptation strategy of changing the sowing window and better crop varieties for the current farming system enhances rice yield by 7% to 15% and wheat yields by 12% to 19%. These changes in the production system results in 11% to 14% increase in mean net farm returns and 7% to 8% increase in per capita income. The adoption rate for the tested adaptation strategy would be 57% to 62%. 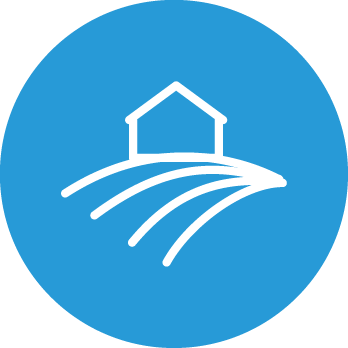 The Meerut district of the Indo-Gangetic Plain is predominantly Rice–wheat and sugarcane–wheat farming systems. A significant portion of the study households also keeps livestock (dairy cow and buffalo), which is an integral part of the farming system. This study focuses on the rice-wheat + livestock farming system. Rice is planted during the wet kharif season (June-October) and wheat is cultivated during the dry rabi season (November-April).

The continuous growing of rice and wheat, along with the imbalanced use of chemical fertilizers, has cause soil health to deteriorate and stagnate yield levels. Additionally, climate change and variability has aggravated the problem. Increases in maximum and minimum temperatures, along with the recent untimely onset of rainfall, have directly affected rice-wheat yields. 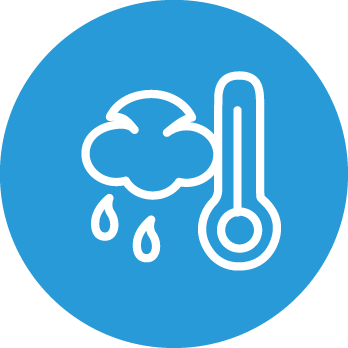 Median changes in annual (left) temperature (oC) and (right) total precipitation (mm) from 29 climate model simulations for Meerut and surrounding countries in South Asia in the 2050s under a high emissions climate change scenario, compared with the 1980-2010 historical period.

Precipitation projections are less certain than temperature projections. Projections suggest a slightly wetter future than today, though there is high uncertainty in what season this precipitation will fall. Despite the high uncertainty, simulations were conducted using representative climate model scenarios ranging from a 19% decrease to 31% increase in the wetter rice season, and 36% decrease to 9% increase in the drier wheat season. 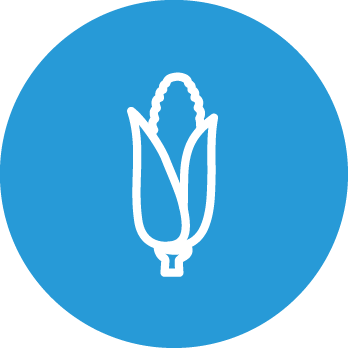 If farmers were to continue using current practices in changed climate conditions, farmers would experience negative impacts from climate change and a decline in rice yields. Though the region is largely irrigated and irrigation could offset some of the negative impacts of drier conditions, yields are still projected to decline. For example, under moderate emissions rice yield in a hot/dry scenario is projected to decline by up to 16%. Higher emissions impacts yield more. With high emissions, wheat yield are projected to decline under all the climate scenarios from 6% to 19%.

On the basis of available empirical evidences on climate change impact on livestock sector, it was assumed that milk yield is likely to decline by 10% under climate change (model simulations not done).

Examining the future systems, models suggest that there could be a yield reduction of up to 12% in rice yield and 24% in wheat yield in the 2050s. 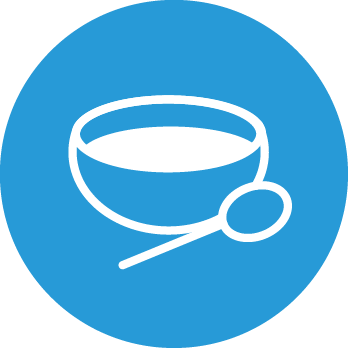 On the Green Road, the government may focus policy on infrastructure investment and strengthening of national and local institutions. This focus could motivate better management of natural resources in a more sustainable manner. Agricultural production can grow in a slow but sustainable manner. Natural resource degradation may slow in pace, as farmers could experience the long-term benefits of efficient resource usage. On-farm resources may be used more efficiently and lower the cost of production. Mechanization could also be a slower process, but technological innovations will continue to improve energy efficiency.

This pathway could encourage income disparities to stay low. Farm labor may find gainful employment in the rural areas. The region may be sustainably food secure.

In this future, the cost of crop production will decrease marginally (10%) because of on-farm resource recycling and sustainable natural resource use. Farm size, herd size and household size would also decline marginally by 5%, 10% and 10%, respectively. Livestock efficiency and milk production is projected to decline by 10% to 20%. Off-farm employment opportunities will lead to an increase of about 20% in off-farm income.

On the Grey Road, the Indo-Gangetic Plain could increase its contributions to national food security. Agricultural production may intensify, as rising population will encourage a greater demand for food. Natural resource conservation and management investment may decline and the high food demand could lead to the exploitation of natural resources. It is possible land productivity will continue to decline and the pressure to meeting the food demand will force farmers to increase their usage of costly farm inputs. Agricultural competitiveness could force small landholder and low-income farmers unable to afford the growing prices to emigrate from the region. Policy initiatives focusing on input subsidies and crop insurance may work to compensate farmers from market and climate risks.

In this future, the costs of crop production would increase by about 30% as a result of intensive use of natural resources for increasing the production. Farm size, household size, and herd size would decline by 20%, 20% and 30%, respectively. Livestock efficiency and milk production is projected to decline by 10%. Due to declining holding size and rapid expansion in other industries, the off-farm employment opportunities would result in an increase of about 50% in non-farm income. 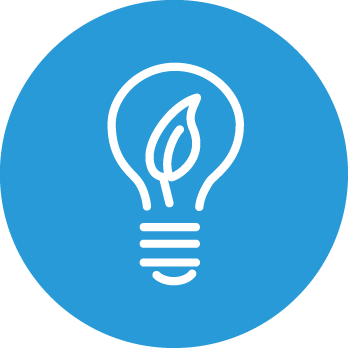 Discussion with various stakeholders from the Meerut region showed that most farmers are delaying their sowing of wheat from November to December and early January. This delayed sowing date is exposing wheat to higher maximum temperature levels during the milky/dough stage, which affects the grain size and causes yield reduction. Adopting a more normal sowing window (from 5th November to 25th November) will help minimize yield reductions.

Additionally, existing varieties of wheat are susceptible to pest and diseases – causing crop loss. Regional institutions have developed new high yielding varieties resistant to these pests and diseases. Encouraging linkages to promote and distribute these varieties of both wheat and rice will benefit the farmers in the region.

In changing the sowing window and gaining access to better crop varieties for the current farming system, rice yields will increase by 6%-14% and wheat yields will increase by 11% to 18%. The changes in the production system will result in an increase in net farm returns of 11% to 14%, and an increase in per capita income of 7% to 8%. It is projected that the adaptations listed above will be adopted by 57% to 62% of the farmers in the region. 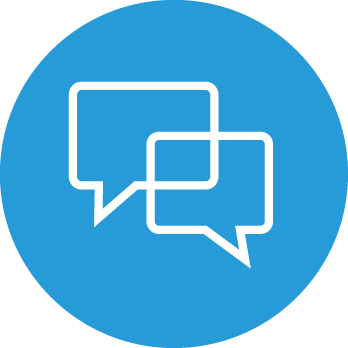 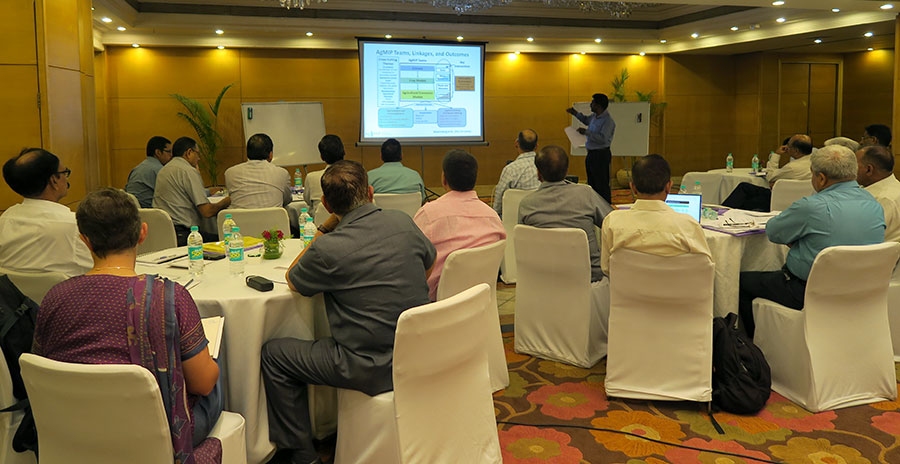 In this project, stakeholders were engaged to ensure the project developed accurate and consistent information, to provide consultation for efficient feedback, and to empower stakeholders through stakeholder to scientist dialogues. The needs of stakeholders were integrated into the AgMIP research, research gaps were addressed, and stakeholders became familiar with and supportive of the AgMIP initiative.

From 2 December 2015 to 5 December 2015, the AgMIP Indo-Gangetic Basin (IBG) team organized a stakeholder consultation meeting for the Faizabad research site. During the week, the IGB team visited approximately 100 rice-wheat farms across the district. Farmers discussed their perception and experience of climate change and climate variability and provided the team with feedback regarding what remedial measures farmers are currently taking up. Additionally, the team and farmers discussed measures that could be initiated by researchers and the Government/local bodies to help improve the security of small and marginal farmers.

Farmers feedback and legitimacy
The possible climate related challenges and lessons learnt shared with the farmers. The interventions and possible adaptation options were also discussed to cope up the effect.

Stakeholder engagement on adaptation packages
For credibility of information, triangulation was done for various sources of information employing the focus group discussion including farmers, extension workers, and policy makers. This sought to explore the extent to which farming systems could change, if conditions were more conducive. Specified adaptation packages for each sites and farm types were then developed. The same engagement generated requirements for future extension messages and policy support. 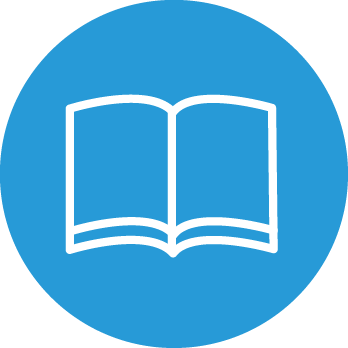 This research is a part of the AgMIP Indo-Gangetic Basin project; more information is available here.